A Tale of Two Modes 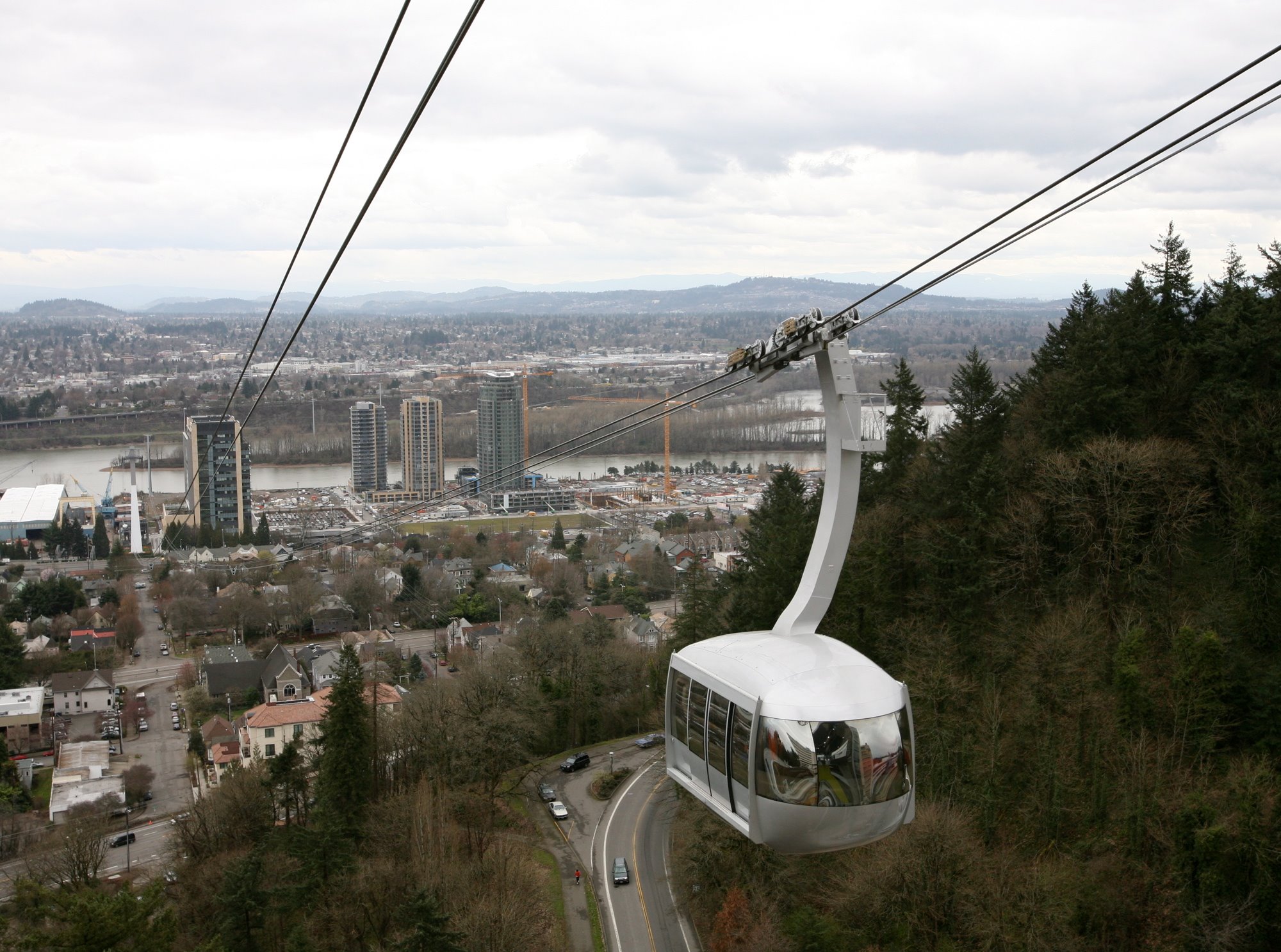 The Project Connect team has received feedback requesting that we’d add gondolas or heavy rail to our high-capacity transit system mix. Let’s explore the pros and cons of the two transit modes and discuss why we aren’t currently considering them for Project Connect.

A recent proposal calls for building the largest and longest gondola service in the world right here in Austin. The pitch is for an eight-mile gondola line that would feature 19 stops and cost an estimated $290 million to $550 million. This is an interesting idea since gondolas are typically used for short one- to two-mile trips, or in very difficult terrain where other transit modes struggle to provide service, like with steep inclines or over water crossings.

Gondolas provide great views and don’t jostle for space with other traffic, since they operate above even elevated rail. Though the idea certainly jibes with the “Keep Austin Weird” vibe, gondolas don’t carry many people per car and typically move only as fast as your average bicycle.

But here’s the real deal breaker for many Central Texans: Gondolas don’t feature air conditioning. Can you imagine being enclosed in a small metal car with a handful of other people, high above the city on a sunny (read: HOT!) day traveling at the speed of a bike?

Because securing the right-of-way would be tough and the large stations would command a large footprint, gondolas aren’t considered a realistic option to serve as a primary part of a regional network along major corridors. They also would have major impacts on other city transportation projects.

And since the Federal Transit Administration has never funded a gondola project, the ones that do exist have been funded by private developers. A recent study by the Texas A&M Transportation Institute decided that gondola service paid for solely by Capital Metro is not viable.

Due to all of these factors, we’re not considering gondolas, a mode that doesn’t even meet the definition of high-capacity transit, for investment as part of Project Connect.

Heavy rail systems are fast, frequent and reliable since the trains operate in their own space, separated from other transportation modes.

To separate heavy rail from other traffic, it must operate above and/or below street level, limiting where it’s viable. Environmental concerns or natural elements (like large areas of stony ground or expansive waterways) can make constructing an underground heavy rail line cost prohibitive, if not physically impossible.

Many heavy rail systems were built more than 100 years ago, when land was easier to acquire and environmental and safety standards were vastly different. Those necessary — and important! — differences made excavation and building costs much less expensive than today. Cities have since grown up and expanded around these early-developed heavy rail systems.

Heavy rail also requires access to massive amounts of uninterrupted electrical power. This is a major safety concern, as the notorious “third rail,” powered by electricity, prohibits people from crossing tracks to gain access to trains.

These factors combine to place heavy rail among the most expensive modes to build and operate in the U.S.

Still, heavy rail systems can move a lot of people and enjoy higher ridership than most other forms of transit. These systems are built in cities with some of the largest populations in the country. Though Austin and the entire Central Texas region are experiencing record growth, there are still far fewer people living here than other major U.S. cities. Chicago and New York City, for instance, have five to ten times more people than Austin.

“But Austin is busting at the seams!?!”

We hear you! The bottom line is that a city must have a population large enough (read: HUGE!) to help offset the expense of building and operating heavy rail. Unfortunately, Austin’s population must grow even greater for the return on this investment to make sense.

For all these reasons, Capital Metro is not studying heavy rail as a mode option for Project Connect.

Project Connect is working hard to bring real transit solutions to Central Texas. To find out more about what we’re doing to develop a connected high-capacity transit system for Central Texas, see ProjectConnect.com.